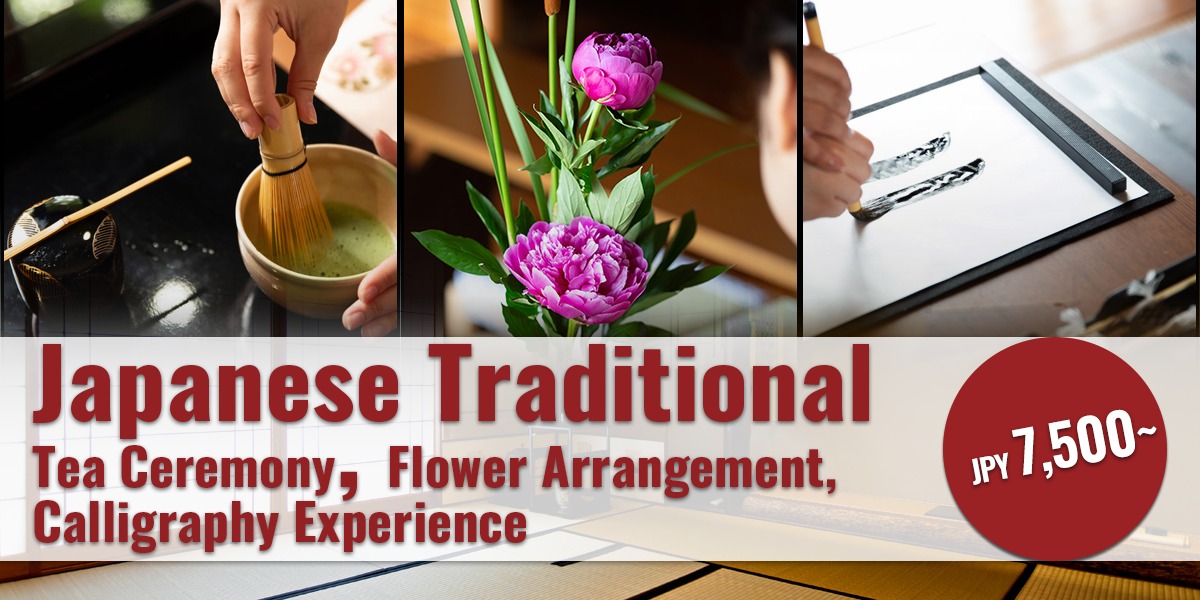 This is a program which allows you to experience Japanese traditional culture “Tea Ceremony”, “Flower Arrangement” and “Calligraphy” in a Japanese Cultural Experience Facility「SASAGIRIAN」

Sen-no Rikyu is the tea master who invented one of the ancient traditional Japanese cultures known as “Sado”. He inherited the methods of the tea ceremony from his predecessors and made “Sado” during the Sengoku and Azuchi-momoyama Periods.
Harmony, Respect, Purity, and Tranquility are the basic elements of Sado.
Harmony : Have good relationships with each other.
Respect : Respect each other.
Purity : Have a pure heart.
Tranquility : Have an impervious mind at any time.
When making a cup of tea, focus your mind to listen to the sound of water, and the sound of whisking tea. In the time of tranquility, you are facing your inner self through all five senses. Enjoy the space of Sado while having Matcha and Japanese-Okinawan sweets in the tearoom. 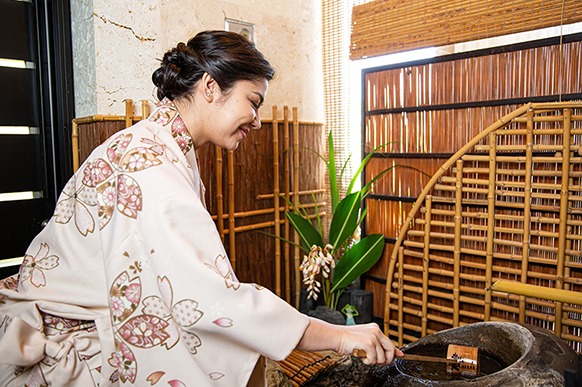 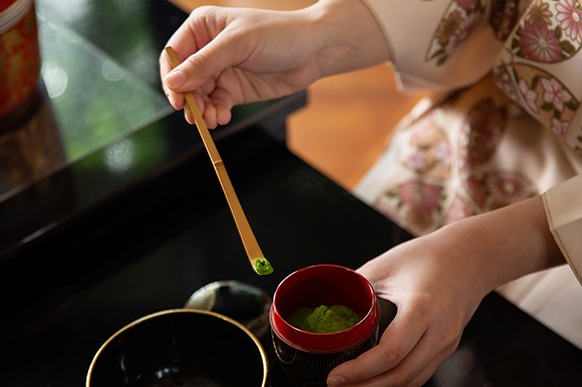 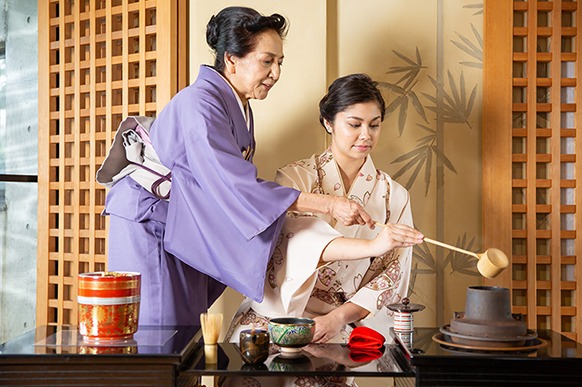 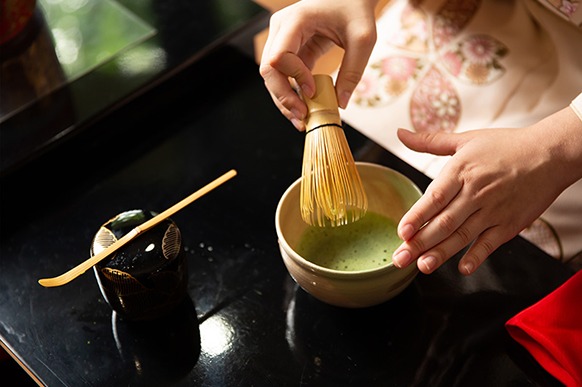 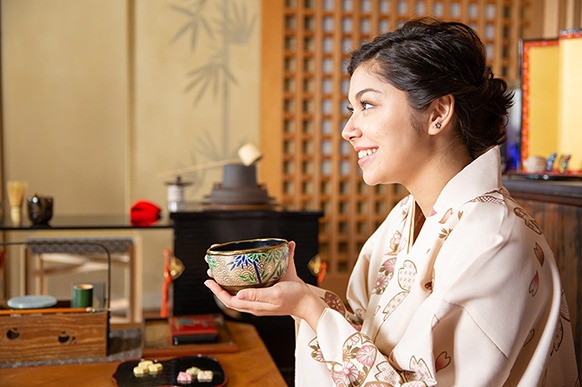 The seasons and the harmony are important elements in Ikebana or “Kado” the way of flower arrangement. Kado was established in mid-Muromachi period by a monk from Rokkakudou Kyoto called Senkei Ikenobou. The flower materials used in Kado are separated in main materials and secondary harmonious materials. For the main materials, wood branches are used, and for the harmonious materials, flowers and leaves are used. There are many schools of Kado. However, anyone can feel a single flower in ones hands will nourish their mind. You may experience the color, the shape, the fragrance, the vitality, the feeling of a flower when touched, and a hidden thought that a flower may have. While experiencing Kado you may feel a true happiness and your world may expand.You may choose to arrange the flowers in the traditional way or you may freely arrange in your original style. When you add your taste to the flower arrangement, you will see a beautiful world right in front of you.In “Sasagirian”, you will have a moment to deeply feel the unique tropical flowers grown in Okinawa and the elegant traditional Japanese flowers. 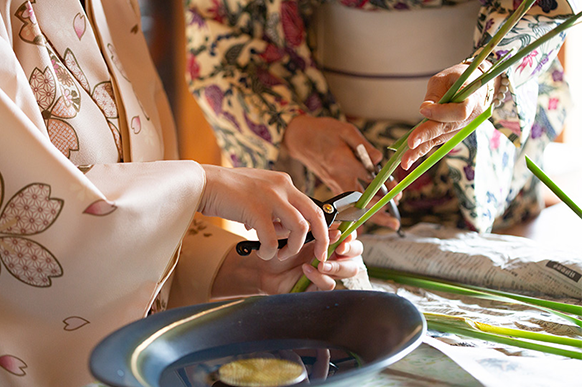 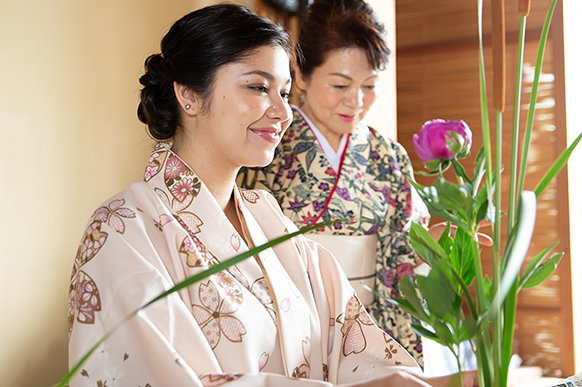 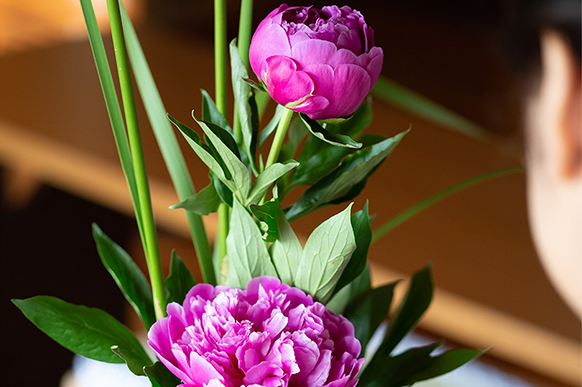 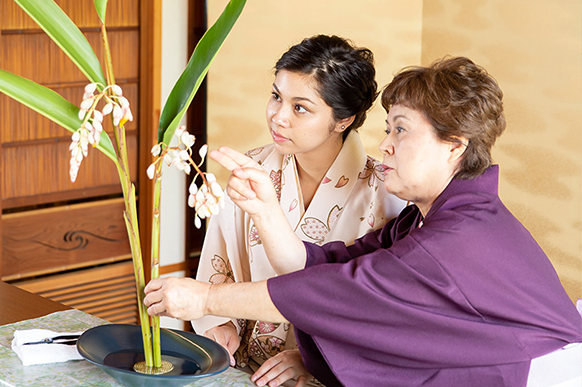 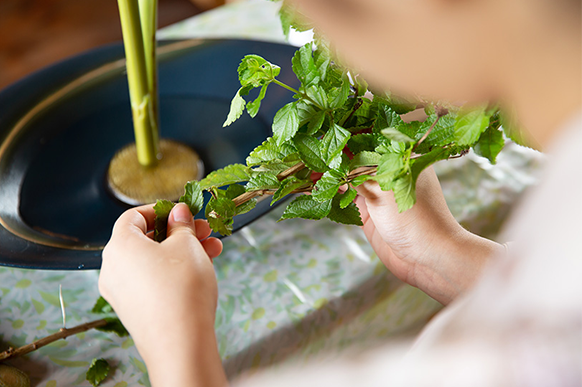 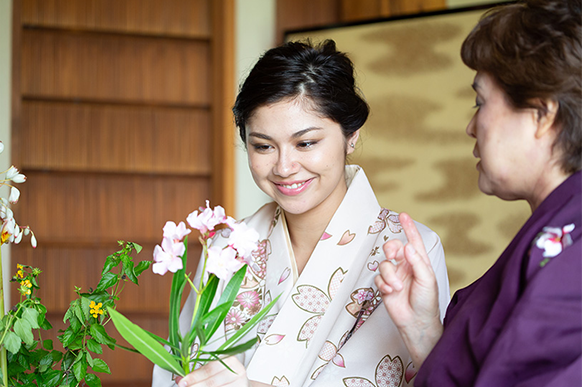 In Shodo, there are many types of styles such as Kaisho, Gyosho, and Sosho which are used for writing Kanji.In Japan, the Kanji characters, originally from China, were spread in the Yayoi period. “Shodo” was spread as Buddhism was brought to Japan and spread by Shotoku-taishi and Shomu emperor through sutra copying.
There are three types of Japanese characters: Kanji, Hiragana, and Katakana. In Sasagirian, we will teach you Japanese characters step by step so that anyone can experience the world of Shodo.Shodo is written with the brush and the ink and its world is unlimited. You will have the time to meditate and face the paper. In Shodo it has been said that “Your incorrect posture leads to incorrect handwriting”, which means that your life itself, and your personality will be reflected in your handwriting. We’ll be delighted if you could feel the importance of putting your heart in when writing a character and seeing how Shodo is profound all while feeling the possibilities of brush written characters. Through experiencing Shodo, we hope that the Japanese written characters will be spread throughout the world and people could feel the warmth of brush written Japanese characters. 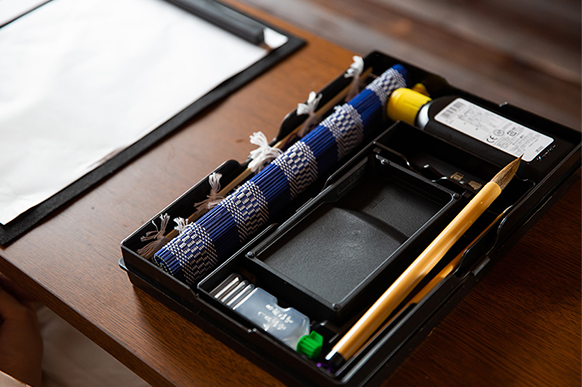 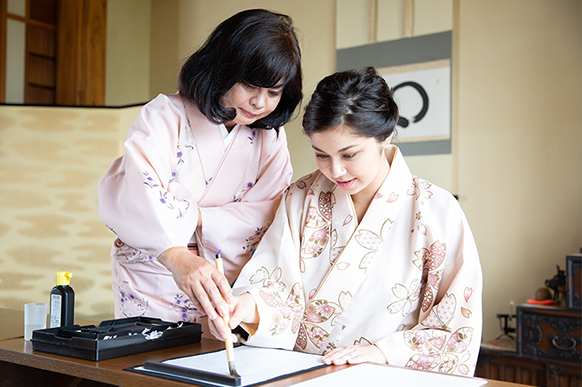 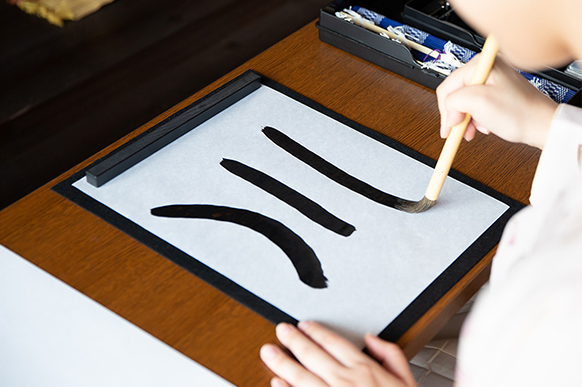 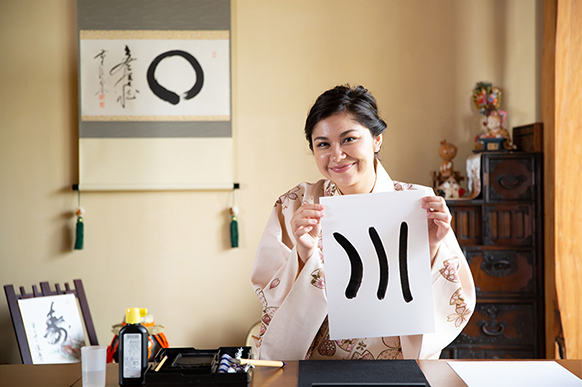 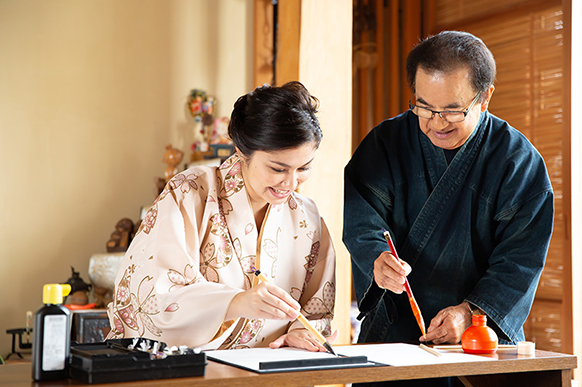 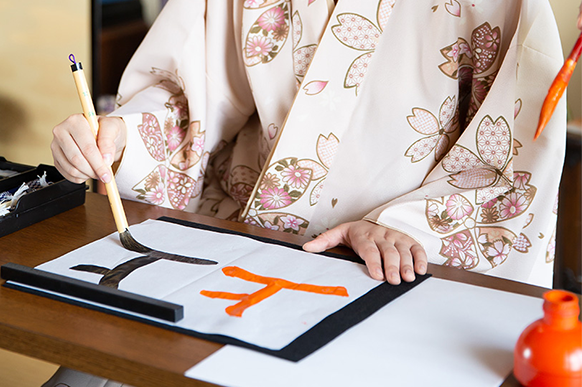 If you want to cancel your reservation, there will be a cancellation fee based on the following cancel policy.