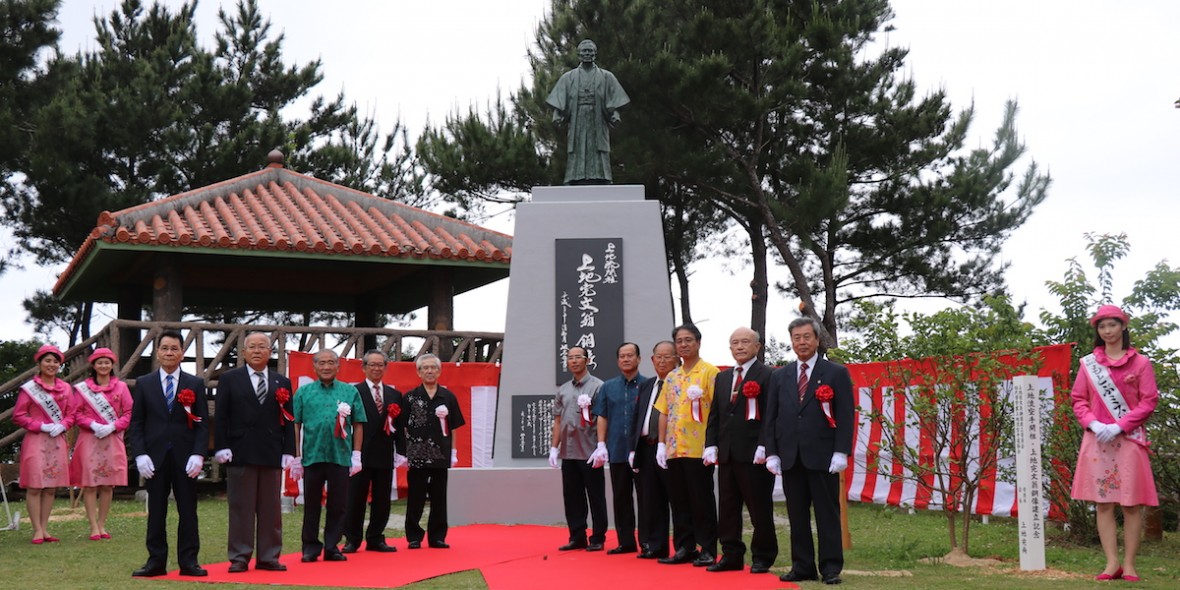 The opening ceremony of the statue of Kanbun Uechi who is the founder of Uechi-ryu Karatedo at the sakura-no-mori park in Motobu-cho on 21th April 2018. This area is his birthplace and about 550 people participated in this ceremony.

Mr.Sadanao Uechi who is a great-grandchild said that he wish this statue would contribute to development of this area and Okinawa Karate.After his speech, his three relatives performed Kata Sanchin and many Uechi-ryu practitioners performed Kata Kanshiwa together in front of the statue.

It is the first statue of the Okinawa Karate founder.This place will become one of the famous spot for those who visit Okinawa to learn Karate. 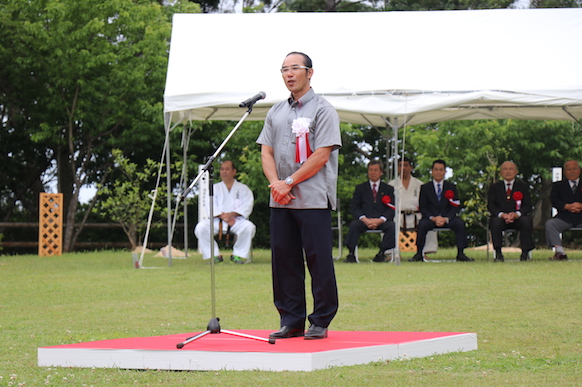 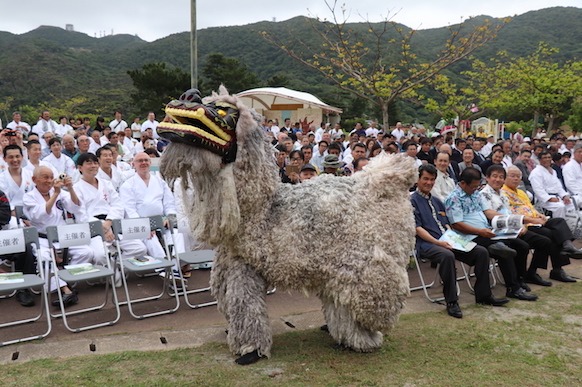 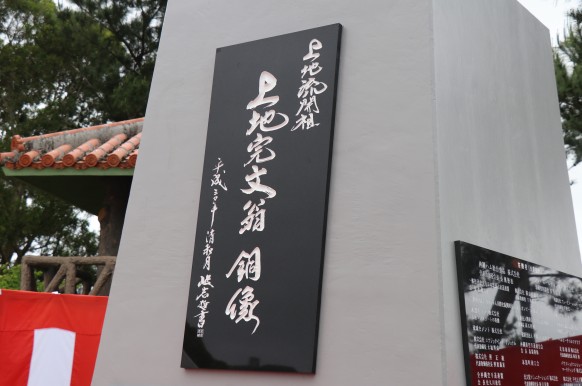 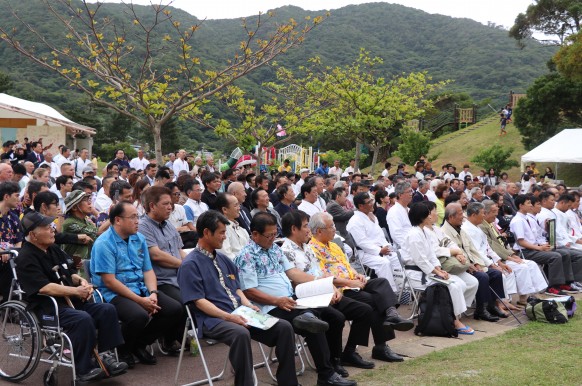 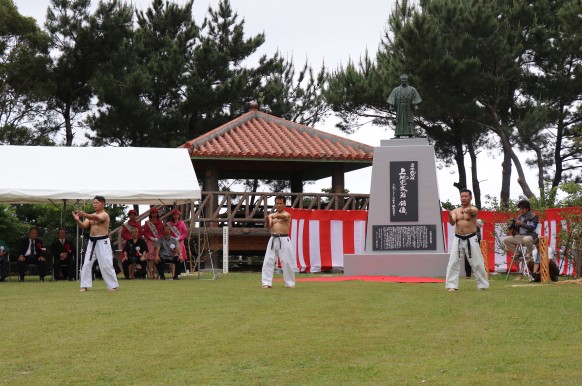 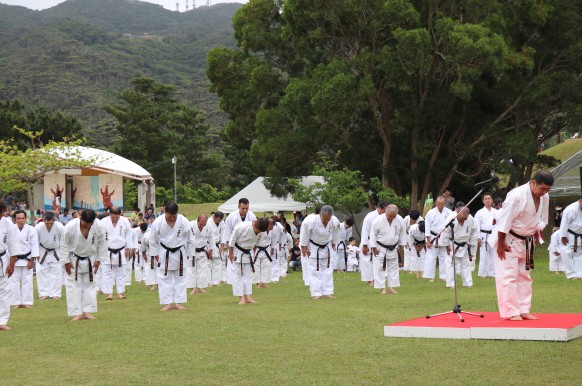 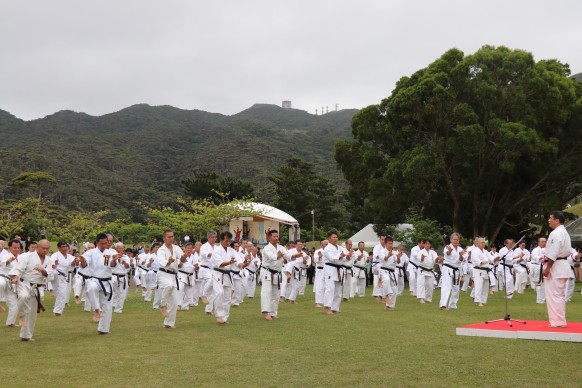 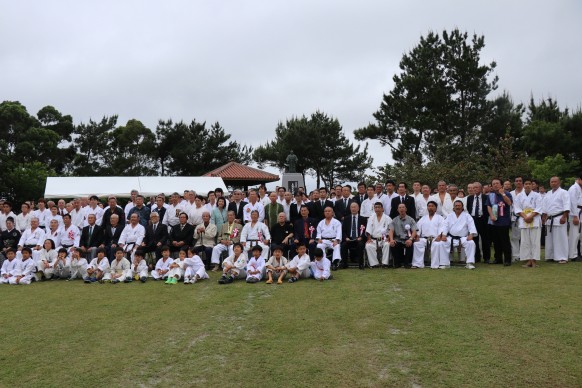